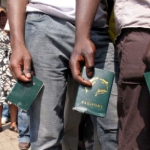 South Africa’s immigration policy is once again up for review. It has recently emerged that, since 2010, approximately 330 000 foreigners have overstayed their South African visas and remained in the country illegally. This is commonly viewed as the result of government failing to significantly invest in methods aimed at policing illegals residents. This is, however, […]