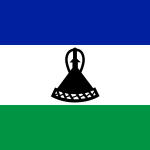 On the 22nd of September 2015, Home Affairs Minister Malusi Gigaba announced measures to improve movement between the Kingdom of Lesotho and the Republic of South Africa. This was after bilateral negotiations between the Ministers of Home affairs of the two countries and their senior officials in Lesotho, during the official visit of Minister Gigaba, of 21-22 September. Minister […]